Posted by Tom on October 30, 2013
Posted in: Uncategorized. Leave a comment

John D. Weaver and the Redemption of the 25th Infantry

Until the lions have their own historians,
tales of the hunt will always glorify the hunter

On November 5, 1906, Teddy Roosevelt lost his temper, resulting in the largest mass dismissal in the history of America’s armed forces. It was an epic tantrum, with roots deep in the American psyche, and its effects resonated for generations.

I have written an extended screenplay treatment of the story of the 1906 dismissal, very much extended to include not only scenes from Roosevelt’s childhood but also the narrative of John D. Weaver, the writer who uncovered the episode sixty years after the fact and retold the story, correctly, sparking an official apology from the Army. This modest, indomitable figure, our scholar-hero, makes a fine contrast to Roosevelt, who plays the villain, and a fine contrast to the silent warriors of the 25th, men with no skills to tell their own story.

In a third draft, I would like very much to stretch the story further to include three more episodes from the mighty 25th’s combat record. Reading about their exploits at San Juan Hill, Guadalcanal and Cu Chi gave me goose bumps. Every time I have been discouraged on this project I have re-read these accounts and come away stronger. The 25th Infantry continues to serve today in Fallujah and Afghanistan.

I have been able to capture only a fraction of the passion, high drama, treachery, and shades of gray which must have accompanied these events. This story takes as its focus Theodore Roosevelt, who is an epic in himself, yet it is a storyline that includes many presidents – certainly Lincoln, certainly Eisenhower, and probably FDR and LBJ as well. Each faced the consequences of Hofstadter’s rule, in which the late Columbia University historian warns that presidents can exert both legitimate power and illegitimate influence: the more they use the latter, the quicker they lose the former.

The real story is the hardest one to tell, that of the generations of black soldiers who served a nation that wasn’t sure it wanted them. There are many more scenes to add to that storyline.

Posted by Tom on October 23, 2012
Posted in: Uncategorized. Leave a comment

These and other adventure stories are available to young readers for free on the new site “Ulysses S. Grant in China” from author Tom Durwood.

He instructs Navy SEALs and SWICs in a one-week course on Public Speaking and Basic Communications. The credited course is offered by NorwichUniversity and taught at the Dam’s Neck Annex of the NavalWarCollege. Tom also teaches at Valley ForgeMilitaryCollege, where he has been named Teacher of the Year twice in the past four years.

Posted by digitalnomadpath on December 13, 2013
Posted in: Spark Nearer, Ultoptimate. Leave a comment

WHY ARE THEY SO POPULAR?

The lively zombies of “I am Legend” (2007) are never clearly visible.

The zombie is one of our most enduring monsters. Why do we keep telling stories about dead people who come back to life? We see a wide range of them, from the super-slow and easily-killed (Night of the Living Dead) to the fast-moving and super-powerful (I Am Legend, the 2007 version). What is the deal with zombies? Here are four thoughts on the answer to that: END_OF_DOCUMENT_TOKEN_TO_BE_REPLACED

Posted by digitalnomadpath on December 6, 2013
Posted in: Spark Nearer, Ultoptimate. Leave a comment

NARRATIVES OF SUSPICION
All Our Heroes are Detectives

Mistrust of authority has always existed, I’m sure, but it seems to have blossomed in the twentieth century. Now it is everywhere, and the hero who can cure it – the detective – is, too. In her recent book, The Metanarrative of Suspicion: in Late Twentieth Century America, author Sandra Baringer discusses the wide range of stories we have invented in which we suspect that the truth is being withheld from us. Stories of suspicion include everything from Harry Potter to The X-Files to Independence Day and all the CSI television shows. What connects tales from quaint Sherlock Holmes puzzles to the epically paranoid The Matrix to the routine worries of Law and Order is this premise: someone is trying to scam us, and something (usually something really important) is not at all what it seems. Narratives of suspicion give us an outlet for our deep doubts about who is really in charge of the hopelessly complex world we live in. They support the idea that if we could just see through the clever masks of the people around us, we would see what unfair treatment is being dished out.

The detective is a hero with his END_OF_DOCUMENT_TOKEN_TO_BE_REPLACED

Posted by Tom on November 29, 2013
Posted in: Spark Nearer, Ultoptimate. Leave a comment

LEADERSHIP: ISRAELI MILITARY AND INDUSTRY USE THIS
MAYBE YOU SHOULD, TOO

Every organization has a leadership style, and a structure. Many companies have a “chain of command” structure, with wisdom and decisions coming from the top down. Follow the orders from your superiors.

Would you like to be able to disagree with your boss? Tell your commanding officer he’s dead wrong and then show the regiment that your idea is better? That is the reality of the Israeli military, where a “group command” concept has taken hold and seems to work well.

The study of leadership isn’t an inexact science – we are not really sure how it works, and leadership can be tricky END_OF_DOCUMENT_TOKEN_TO_BE_REPLACED

A Lesson in Presidential Mistakes

Posted by Tom on November 22, 2013
Posted in: Spark Nearer, Ultoptimate. Leave a comment

We need to remember that all presidents make mistakes – some large, some small.

In a recent interview, Barack Obama told Diane Sawyer that he makes a mistake “every hour, every day.” His speech about drone warfare essentially looks at his own administration’s policy and questions it, looking for ways to correct it.

We all make mistakes. The worst thing to do is END_OF_DOCUMENT_TOKEN_TO_BE_REPLACED

Posted by Tom on November 15, 2013
Posted in: Spark Nearer, Ultoptimate. Leave a comment

The Changing Vampire
EACH GENERATION HAS A NEW VERSION

Why do we like being scared by vampires so much?

“Every age embraces the vampire it needs,” writes author Nina Auerbach in her book
Our Vampires, Ourselves. Vampires were extremely alien and extremely deadly monsters when they first appeared in Bram Stoker’s 1897 novel “Dracula.” Bram Stoker would not recognize the friendly teen vampires (like Edward Cullen in the “Twilight” series) of today. Why have we changed the way we imagine vampires? What is their basic appeal? Here are four concepts that have been applied to this topic: END_OF_DOCUMENT_TOKEN_TO_BE_REPLACED

In The Ongoing Drama Between China & America

Posted by Tom on November 8, 2013
Posted in: Spark Nearer, Ultoptimate. Leave a comment 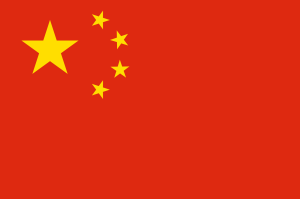 Two episodes can remind us that the complex, through-a-glass-darkly relationship between China and America didn’t begin with the Beijing Olympics.

Some time ago, a prominent American Presidents visited China – Tientsin and Peking to be exact – and was asked to settle a thorny issue between China and its Asian rival, Japan. In 1877, Ulysses S. Grant had just left the White House when he embarked on a two-year trip around the world. He and his small entourage were received with great ceremony in capitals across Europe. In March of 1878, they arrived in Peking, where General Grant met the Chinese Viceroy and politician Li Hung Zhang. Here is how J.F. Packard describes their first meeting in his epic account, Grant’s Tour Around the World: END_OF_DOCUMENT_TOKEN_TO_BE_REPLACED

Posted by Tom on November 1, 2013
Posted in: Spark Nearer, Ultoptimate. Leave a comment

Buried Narratives
SOME HEROES TAKE A LONG TIME TO EMERGE

An historian named Dominic Capra writes that it takes a century for the full truth to come out. A battle, an election, a book – it sometimes takes the passage of time (a lot of time) for us to understand the real stories. This is partly because we see what we want to see, or what we are conditioned to see.

This general idea is illustrated by the story of Lieutenant John R. Fox.

In 1973, a woman named from San Francisco named Solace Wales was walking in Italy. She was walking along a hillside above a little town called Sommocolonia when she noticed a stone marker, half-hidden in the grass. Here is what it said (in Italian):

She had no idea what it meant. Who was John Fox? What did he do?

She asked people in the town, and soon uncovered the epic story of Lieutenant Fox, and his remarkable END_OF_DOCUMENT_TOKEN_TO_BE_REPLACED

Posted by Tom on October 25, 2013
Posted in: Spark Nearer, Ultoptimate. Leave a comment

ALL NATIONAL HISTORIES ARE CONNECTED

If you haven’t read America’s Civil War Was A Global Event, read that first.

Germans started it. So did the Dutch. Definitely, the Dutch.

Africans and Irishmen fought it.

Canada and Cuba watched its every advance and retreat with the rapt attention of hiding rabbits watching a family of foxes.

More Important Than The Hero

Posted by Tom on October 18, 2013
Posted in: Spark Nearer, Ultoptimate. Leave a comment

Panel from Jack Kirby’s “The Demon”

How is an American villain different from a Russian villain, or a West African villain? What is “evil” to us? Why are some villains really powerful characters with deep grips on our imagination, and others just seem annoying? These may be worthy questions, since villains can make or break a story: “Each film is only as good as its villain,” declares film critic Roger Ebert. “Only a great villain can transform a good try into triumph.”

Four ideas on the subject: END_OF_DOCUMENT_TOKEN_TO_BE_REPLACED