Posted by Tom on November 29, 2013
Posted in: Spark Nearer, Ultoptimate. Leave a comment

LEADERSHIP: ISRAELI MILITARY AND INDUSTRY USE THIS
MAYBE YOU SHOULD, TOO

Every organization has a leadership style, and a structure. Many companies have a “chain of command” structure, with wisdom and decisions coming from the top down. Follow the orders from your superiors. 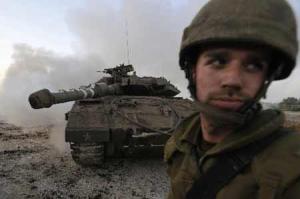 Would you like to be able to disagree with your boss? Tell your commanding officer he’s dead wrong and then show the regiment that your idea is better? That is the reality of the Israeli military, where a “group command” concept has taken hold and seems to work well.

The study of leadership isn’t an inexact science – we are not really sure how it works, and leadership can be tricky to teach. Most courses mention several different styles of leadership. Here is how a motivational writer named John Gardner breaks them down:

Telling (high task/low relationship). This style or approach is characterized by giving a great deal of direction to subordinates and by giving considerable attention to defining roles and goals. Subordinates are viewed as being unable and unwilling to ‘do a good job’.

Selling (high task/high relationship). Here, while most of the direction is given by the leader, there is an attempt at encouraging people to ‘buy into’ the task. Sometimes characterized as a ‘coaching’ approach, it is to be used when people are willing and motivated but lack the required ‘maturity’ or ‘ability’.

Participating (high relationship/low task). Here decision-making is shared between leaders and followers – the main role of the leader being to facilitate and communicate. (Hersey 1984).

Delegating (low relationship/low task). The leader still identifies the problem or issue, but the responsibility for carrying out the response is given to followers.

Now we have a new model of leadership to consider: the “flat org chart” model where no one is in charge, and everyone is. Rather than showing a hierarchy of rank, this model has everyone on the same level. This is a model that begins in the Israeli military and carries over to Israeli businesses.

Rosh gadol thinking emphasizes improvisation over discipline, and challenging the chief over respect for hierarchy.

In their excellent book, Start-Up Nation: The Story of Israel’s Economic Miracle, Dan Senor and Saul Singer describe how Israeli regiments argue and exchange opinions openly, until the best idea emerges – regardless of whether a private, a sergeant, or a general thinks of it. The group therefore always has the benefit of the best procedure. Senor and Singer write about a “can-do, responsible attitude that Israelis refer to as rosh gadol. In the Israeli army, soldiers are divided into rosh gadol – literally, a ‘big head’ — and those who operate with rosh katan, or ‘little head.’ Rosh katun behavior, which is shunned, means interpreting orders as narrowly as possible to avoid taking on responsibility, or extra work. Rosh gadol thinking means following orders but doing so in the best possible way … It emphasizes improvisation over discipline, and challenging the chief over respect for hierarchy.”

A volleyball coach who asks her team what is going wrong and how to fix it is asking for rosh gadol decision-making.

Does this work? It seems to. The rosh gadol approach breeds success not only in the Israel military, but in Israeli commerce: even though it is a tiny, war-torn nation that is mostly desert, Israel has more successful start-up ventures than all the nations of Europe put together. Soldiers graduate from the military to become managers and business owners who are driven to overcome obstacles and develop solutions. The “flat org” breeds a risk-taking state of mind, in which willingness to try is everything, and failure is a badge of honor. As one analyst puts it, “When an Israeli entrepreneur has a business idea, he will start it that week.” It helps that Israel is a nation of immigrants: the authors’ theory is that immigrants has risked everything to come to a new country, so they are natural entrepreneurs.